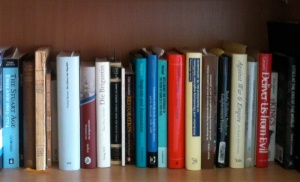 Three weeks after quitting my job as an academic historian it’s high time I reinvented myself. I might no longer work at a university, but that doesn’t mean I love history any less. On the contrary, maybe I had to leave because I loved my subject too much to see it destroyed by a changing academic culture driven by unrealistic targets, implemented by the corporate whip, and accompanied by an ever-growing array of pointless paperwork.

Naturally, I won’t give up my research, and I hope I will stay in touch with my former colleagues and students. I will just turn into an independent scholar – at least for a while (until Jeremy Corbyn becomes prime minister, abolishes tuition fees, and learning for learning’s sake will be valued again).

Admittedly, independent scholars have a bit of a bad name. ‘Independent’ is too often considered as a euphemism for ‘unemployed’, ‘amateur’ or ‘hobby’. Independent scholars are the cranks and underdogs of the discipline, who, obsessed by an idea, send random emails to busy university academics trying to convince them of the value of their projects, while struggling to get access to the most basic research tools and resources. But ‘independent’ also means ‘free’.

I have declared independence from an academic system that has left me unhappy and exhausted, and, at times, properly ill. There is only so much research, teaching and admin you can do in your officially paid for 35 hours a week, while our workloads have been expanding ad infinitum. So most full-time academics either have to cut corners or do serious overtime. From my experience in the ‘sector’ (that’s how academics nowadays refer to their line of work) it’s mostly the latter.

After a number of years without proper holidays and many weekends and evenings spent with university-related work, I’ve simply had enough. In future it is me who will be setting my work agenda and bring the fun back into studying my subject. I won’t need to go with any fashions, tailor my research to funding body calls, or invent undergraduate module titles including ‘sex’ and ‘crime’  to pander to the smallest common denominator. I will be able to take scholarship as an intellectual challenge again, follow the path of my own research and see where it takes me. 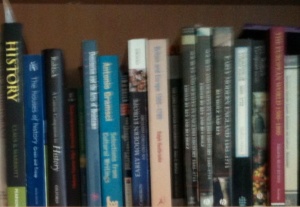 I take heart from the fact that there are other academics out there who share my unease with the status quo. For that also means the image of the independent scholar is changing with more of us challenging the idea of what a ‘proper’ scholar should look like. Many of my Twitter chums sharing information under the #twitterstorians hashtag are independent or public scholars. And I can only commend people like Katie Rose Guest Pryal, who in a recent blog post called on all ‘freelance academics’ to get out there and make their voices heard.

In any case, the more of us disenchanted academics decide to stick two fingers up to the system and go our own ways and do our own things, the more people will come to understand that there are other ways of doing scholarship and that you don’t have to play the game to be part of a wider community of (independent or freelance) scholars who just enjoy what they’re doing and hopefully benefit society nonetheless.

Maybe, at some unspecified time in the future, when I’ve done this long enough, I might want to return to the academic scene because I miss having colleagues and students and access to resources. But it will be on my own terms.