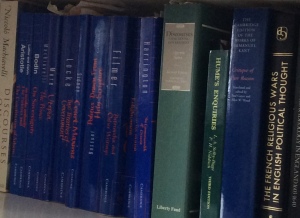 Historians should get more actively involved in shaping policy, in particular foreign and defence policy. That is the gist of a recent call by Graham Allison and Niall Ferguson in The Atlantic for a Council of Historians to be established in the US.

Taking advice from historians, they suggest, could have helped President George W. Bush in 2003 to appreciate ‘the difference between Sunni and Shiite Muslims or the significance of the fact that Saddam’s regime was led by a Sunni minority that had suppressed the Shiite majority’. It might even have prevented Bush from choosing to topple Saddam Hussein and leaving us with a great mess in the Middle East.

Allison and Ferguson also suggest, historians could have helped Barack Obama appreciate ‘the deep historical relationship between Russia and Ukraine’ and consequently ‘the risks of closer ties between Ukraine and Europe’, before Russia went to annex Crimea.

The political scientist Allison has long been involved in US policy making as an analyst, consultant and advisor, and his push for a Council of Historians is no doubt influenced or given additional urgency by a real fear that Donald Trump could win the US presidential election and embark on a wrong-headed and dangerous mission to ‘make America great again’.  Together with the British historian Ferguson, Allison co-directs the Harvard Kennedy School’s Applied History Project, so, it should be added, they are promoting their own work.

Now, I’m not normally known for agreeing with Niall Ferguson or the advice he has chosen to give to the UK Education Department for that matter, but I do think the two scholars have a point. It is essential for politicians to be aware of the historical complexities of the issues they are faced with, and they need historical experts to help them respond to those issues in an appropriate way.

The two suggest establishing a White House Council of Historical Advisers following the example of the Council of Economic Advisers which was established after World War II. The new council would consist of a chair and two additional members appointed by the president and available to respond to assignments from the head of state. They would be ‘supported by a small professional staff’ and be part of the president’s Executive Office.

All this sounds very good in theory, and historians would certainly have a contribution to make. My only concern would be how to ensure the independence of those appointees and their staff. If appointed by the president, they will most certainly be people agreeing with the wider politics of their master and selected for that very reason. And the tasks handed to them will be issues the president acknowledges to be problematic and therefore deserving of additional historical scrutiny. So the outcome of the enquiry might already be determined, or at least be led by the brief.

What any powerful leader really needs though is an independent body monitoring government policy and giving exactly the kind of unwanted advice that is usually the most necessary and helpful. They need people prepared to bite the hand that feeds them or, better even, people not fed by their hand at all. A working democracy, a living polity needs accountability and people who speak truth in the face of power, and these are rarely found in the inner circles of government. 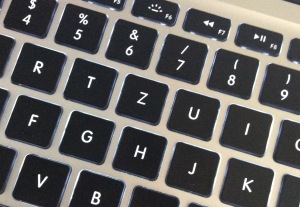 However, they already exist: they are the Fourth Estate of the mainstream media, and the growing Fifth Estate of bloggers, social media aficionados and other activists and independent thinkers prepared to put their opinions out there. Independent minds are the people powerful governments fear most, as can be seen from the numbers of journalists and academics detained, arrested and punished in countries like Turkey or China or other nations with questionable human rights records.

America, like the UK and many others around the world, is a free country with freedom of speech more or less intact. Maybe a first step would be to use it to the full and for historians and other academics to come forward and play a larger role in the public debate.

The role of social media

Ironically, this week’s Anonymous Academic in the Guardian rejected just that, complaining that social media use had ‘become a professional concern for many academics’ eager ‘to impress people’ either with their work or their ‘strong opinions’, not least in the recent Brexit debate. These ‘outburst(s)’ risked alienating the taxpayer funding ‘a substantial portion of our research’ and thus ‘the very people we are trying to engage with’, they argued.

Needless to say, the unfortunate academic’s comments triggered a Twitter storm amongst those of us who beg to differ and who will continue to put our ‘strong opinions’ out there, ‘alienating’ and annoying taxpayers, political leaders and everyone else willing to engage with us.