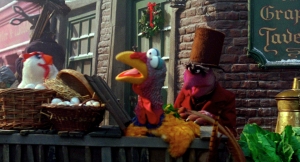 After a large majority of British MPs voted in favour of triggering Article 50 last night, the Foreign Secretary Boris Johnson said that “history has been made”. And it’s tragic history indeed. The turkeys voted for Christmas once again – allegedly to uphold the will of the people who voted in a referendum on 23 June last year to leave the European Union, but disregarding the socio-economic consequences as well as the fact that many of those voters have come to regret their decision in the meantime.

After the Supreme Court ruling in late January, Parliament was given a chance to stop the impending disaster. And while the majority of Scottish MPs, a large number of Labour MPs, several Lib Dems and a Tory tried to do so by voting against starting the process of leaving the EU, their opposition was not enough.

Britain has finally decided it prefers isolationism over being one among 28. A country that once headed a large empire decided it simply could not be an equal to some of its poorer relations in central and eastern Europe whose migrant workers it so resents, and it certainly was not willing to play second fiddle to its neighbours France and Germany at the negotiating table.

Risking membership of the single market as well as losing the immense talent and economic contribution of EU migrants to Britain is a high price to pay for its pride. Large banks are already preparing to relocate to Frankfurt and Paris as the City of London is losing its appeal as a gateway into Europe, EU citizens in the UK are looking for jobs elsewhere as their future remains up in the air, and fewer EU students want to come to study at British universities as they fear they might no longer be welcome.

Meanwhile, Theresa May will have to go cap in hand to autocratic rulers in China and Turkey and fight to maintain a ‘special relationship’ with the US for the benefit of British trade, turning a blind eye to human rights violations as well as gross misogyny. But there are sacrifices one has to make to appear to be in charge of one’s country.

Isolationism has won over a common project to maintain peace and prosperity across Europe. Nationalism and xenophobia have won over multiculturalism. Pride has won over common sense. Only the British people have lost. But they have made history.